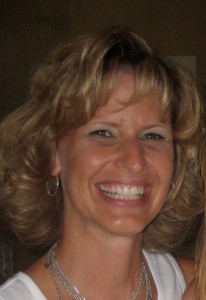 Lori was born to Les & Lee Thiel on November 18, 1967 at Ft. Belvoir, VA.  During her young life, Lori moved many times with her parents during their military and construction careers.  From Ft. Belvoir, she went to Ft. Wolters, TX, Ft Rucker, AL, then back to Rapid City for the year her Dad was in Vietnam.  After that it was back To Ft. Wolters, TX  to complete the military.    The family moved back to Rapid City to try to find  employment after the Military.  After about a year and one half, the family moved to Nekoma, ND, to start the construction career, then on to Owensboro, KY, and then to Blacksburg, VA, where sister Lisa was born in 1974.   Father Peter enjoyed landscaping and gardening at his various parishes. He was also an avid outdoors-man. He enjoyed hiking, flying, boating, hunting and snowboarding among other outdoor activities. He appreciated home cooked meals and spending time with parishioners, extended family and friends.

The construction industry was  in a  difficult period  and job opportunity  led the family to Dhahran, Saudi Arabia where Lori attended elementary school with a wide variety of expatriate children.  In 1978, the family transferred back to Houston, TX for and a year and one half  but moved back to Dhahran in 1979.  The Company  only provided schooling through the 9th grade so in 1982 when Lori completed the 9th grade, the family decided to move back to Rapid City.  In the fall of 1982, Lori enrolled at St. Martins Academy.   Coming from Saudi Arabia where the vast majority of her classmates were going to Boarding Schools all over the world and US,  Lori had a difficult time fitting in at St. Martins.  It was a difficult first year but, she grew to accept it and formed life long friendships and memories that she recalled fondly.

After graduation from St. Martin’s, Lori went on to the University of South Dakota where she joined the Alpha Phi Sorority and formed many more lifetime  friends.  In May 1990, Lori graduated from USD with a degree in Health Services Administration and went on to a job in the ER Department at Duke University  in Raleigh, NC, where she had worked a summer internship the year before.   She then joined her future husband, Michael Simpson in Ann Arbor , MI, where he was attending Michigan Law School.  While in Ann Arbor, Lori set up the medical p 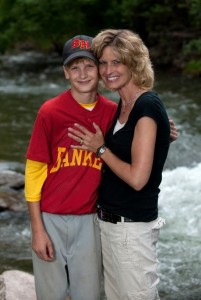 ractice for a surgeon and worked as his office manager.

Between the 2nd and 3rd 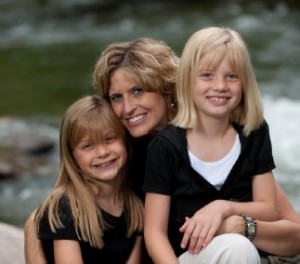 years of Law School, Lori and Mike were married.  In June of 1991, they moved to Walthill, NE, to begin Mike’s Law practice.  During this time Lori commuted back to Vermillion and completed her Masters  Degree at USD.  Lori and Mike spent three years in Walthill and finally had the opportunity to move to Rapid City and join a local law firm.  While in Rapid City, Lori worked at the Regional Hospital in the Surgery Department.

Lori constantly had a smile that could melt your heart and light up the room, things were always more fun with Lori.  She was a wonderful, loving, compassionate Friend, Mother, Wife, Daughter, Sister, Aunt.  In the years before her death, along with baseball, softball, basketball, football and soccer,  she was known as the total Hockey Mom.  Lori’s first loves were her children, Jake, Shila and Jessa and some of the final words she wrote  were “When my kids weather this storm-it will because you stood next to them when I couldn’t”.  Her Love for children extended far beyond her own children to anyone in need of a hug or extra love.  She gave it wholeheartedly to everyone she met and loved lacing up hockey skates, just to give the kids time to talk.

In June 2011, Lori was diagnosed  with a Glioblastoma form of Brain Cancer.  After a courageous battle through radiation and chemo, Lori passed away on September 23, 2011.  The Lori Thiel Simpson Grant has been established at the school in her memory.